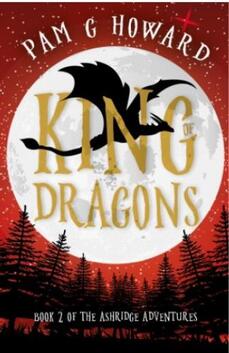 KING OF DRAGONS has arrived!
Book Two in the Ashridge Adventures series
​
Contact me to buy a copy
postage free in the UK.

Rumor has it that something is amiss in the castle and Elvie, a princess and now a dragon rider has to investigate.  Using the secret passageways in the depths of the dungeons she is shocked to find someone she knows very well, someone who urgently needs rescuing.

In the meantime, ex-servant boy Flint, now also a dragon rider, is sent away on a mission but without his bonded dragon, Astaria.  He is riding Rufus and their journey does not run as smoothly as expected when they come under attack.

This is a fast moving story between the secret passages of the castle, the stunningly beautiful ballroom and the two dragonholds.  It involves dragons, magic, elves and evil.  Who is friend and who is foe?!​
Feedback for King of Dragons:  "My daughter says it is the most exciting book she has ever read!" 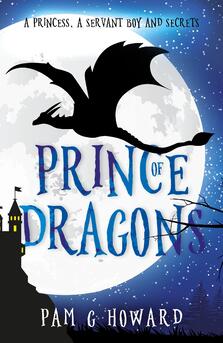 PRINCE OF DRAGONS
Book One of the Ashridge Adventures
After the shocking arrival of her new stepmother and horrid stepbrother, Elvie, an unloved princess finds herself even more alone than ever before.  The dreadful wounding of a young dragon changes her world forever along with that of the servant boy, Flint.

To save the life of the dragon Flint has to make a promise to a rather scary witch woman known for her healing skills.  The payment for her services is to swear that he will bring the young princess to the witch, but how he is going to achieve this is a mystery to him.  Rumour says that the witch does not take well to broken promises.

This is the beginning of a new friendship between two unlikely people whose adventures take them to secret places in the castle.  Can they stay one step ahead of an evil man with a black heart whose main aim in life is to capture a dragon?
Feedback for Prince of Dragons has been phenomenal!   Just a couple of examples are here but it's not just boys, it's girls too who are loving it.
Read it with my 10 year old in a matter of days.  It's a real page turner.  My 12 year old is reading now and he loves it too!
My 10 year old son was up reading Prince of Dragons until 10.30 p.m.  and had  to be told to go to sleep.  When he had finished it a few days later he couldn't stop talking about the characters and what the story was about.
My daughter, who never talks about the books she reads told me the whole story while we were out walking!